UEFA has announced which players will be the 3 nominees to win the Europe’s Best Player 2015. No surprises on two of them, Lionel Messi and Cristiano Ronaldo are the two best players in football recent history so they will take part in this year award too. The third player selected has been the uruguayan Luis Suarez, who has played a great campaign in his first year at Barcelona despite his four months ban.

Do you agree with the top three? Who do you think deserves it the most?

The list of ten players has been the following: 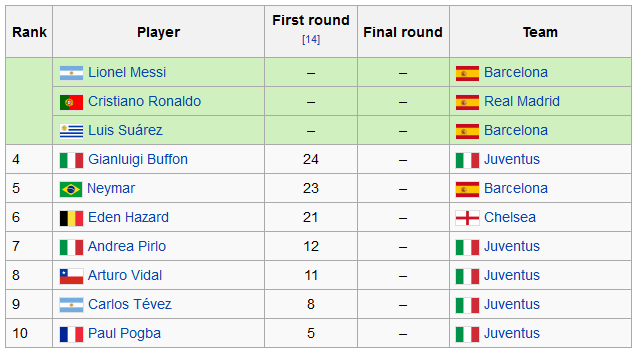 Hart, Buffon, Ramsay, Ronaldo… Best Save and Goal of the season nominees