Liverpool FC leads the list with a total amount of 110 €M spent, indeed this is due to the Raheem Sterling move, who has been the most expensive transfer this summer. The england player moved to Manchester City in a 69 €M deal becoming the most expensive English player ever so, the reds have had plenty of money to spend, ans they signed Benteke and Firmino to name a few.

The second in the list is spanish Valencia, who have spent a total of 109 €M. 60 millions of this total has been paid to Benfica for 3 players: João Cancelo, André Gomes and Rodrigo Moreno who was on loan since the beginning of the 2014/15.

This summer some of the teams who use to spend more money every year, have been more modest. Is the case of Real Madrid, Barcelona and Chelsea.

Top 10 summer transfers 2015 2016 according to transfermarkt.com 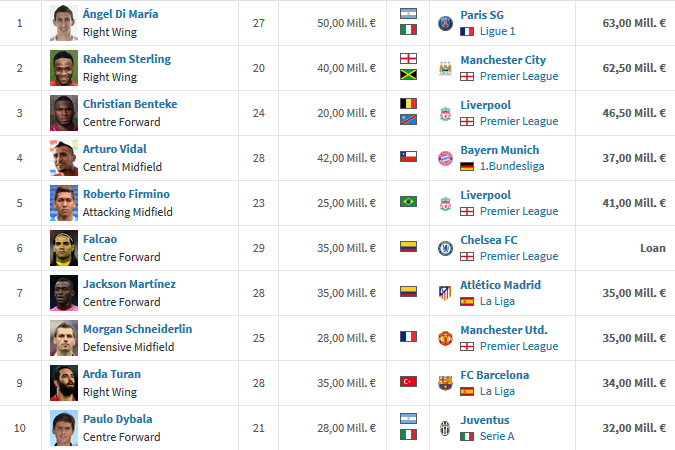