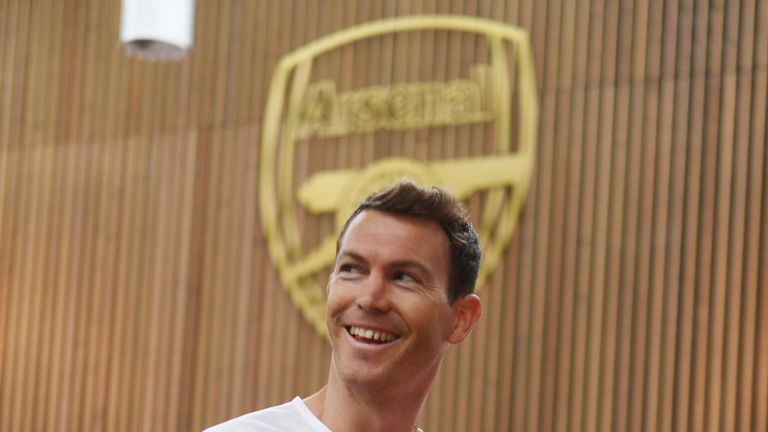 Arsenal have confirmed the signing of Switzerland right-back and captain Stephan Lichtsteiner on a free transfer after his exit from Juventus, according to the club’s official website.

The 34-year-old brings a wealth of experience to north London having spent the last seven years with the Serie A champions.

Lichtsteiner, was delighted with the move and will join compatriot Granit Xhaka at the Emirates as he embarks on new chapter in his career.

Furthermore, he will don the number 12 shirt previously worn by Olivier Giroud before his move to Chelsea in January.

“It’s a great moment. It’s a great for me after Juventus to come to Arsenal and have this big challenge to make big things [happen] with this big club,” he said, as per the report above.

Lichtsteiner has become new Arsenal head coach Unai Emery’s first signing and it appears he is trying to tighten up the team defensively, given that the Gunners conceded 51 goals in 38 Premier League games last season; which was the worst record of the top seven sides.

The reaction to the new signing has been welcomed by some fans who feel Bellerin’s place is under threat, however, some have question the veteran’s age.

Think getting Lichtsteiner 2/3 years ago would’ve been a great signing for Arsenal. At 34, however, not convinced.